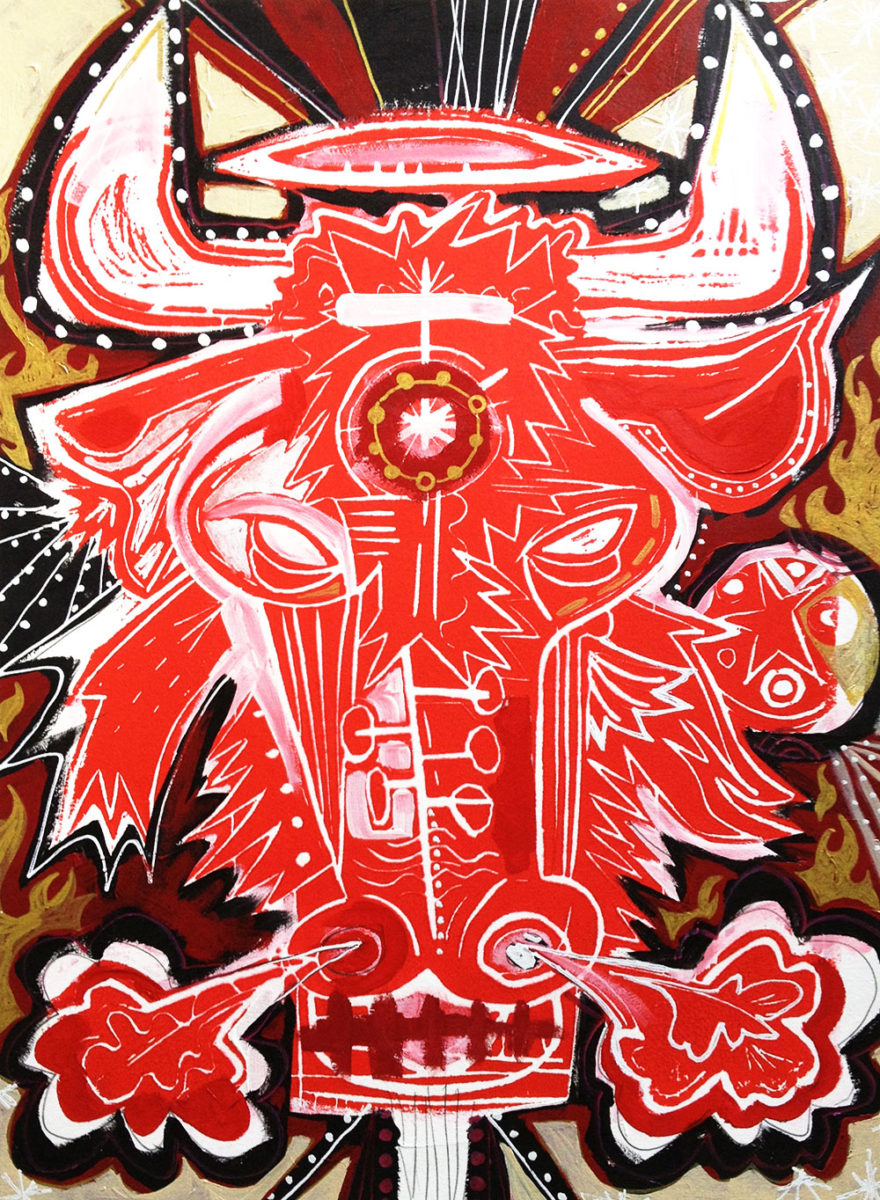 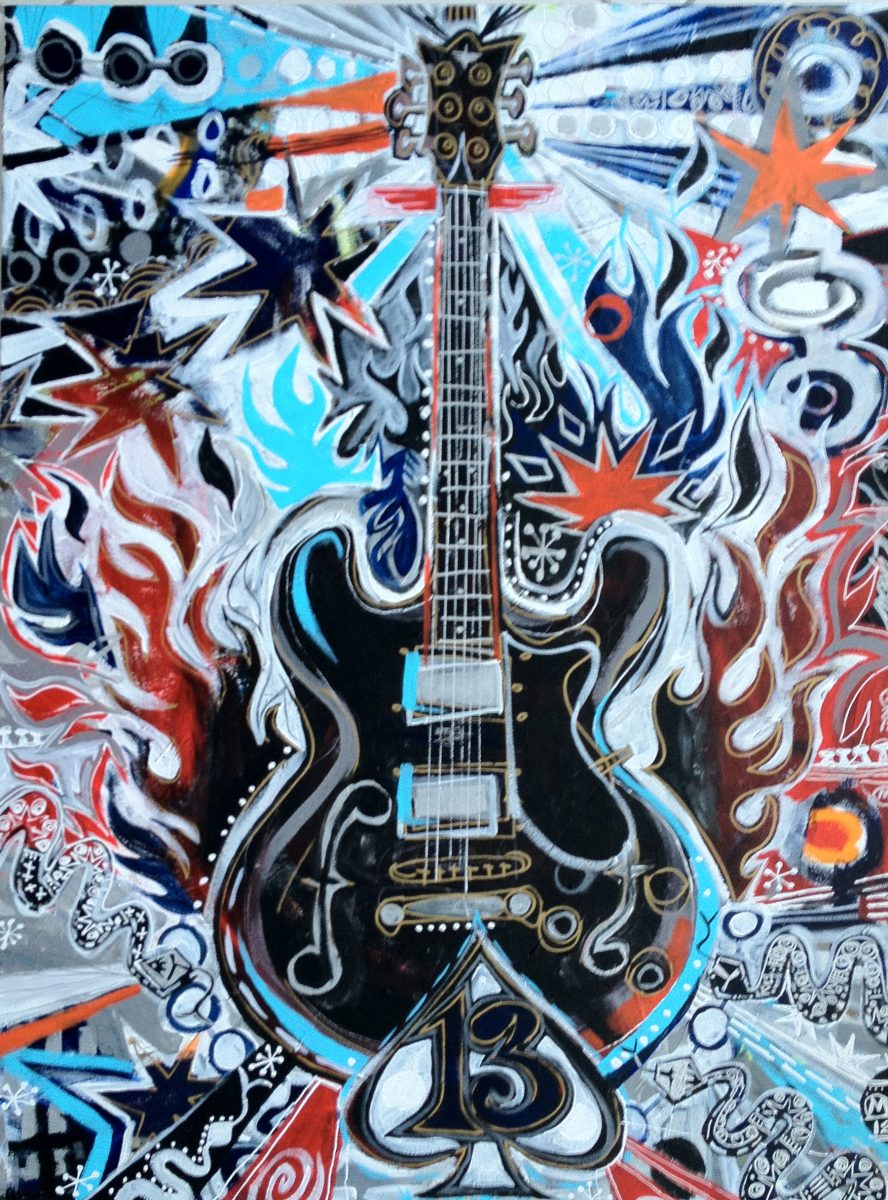 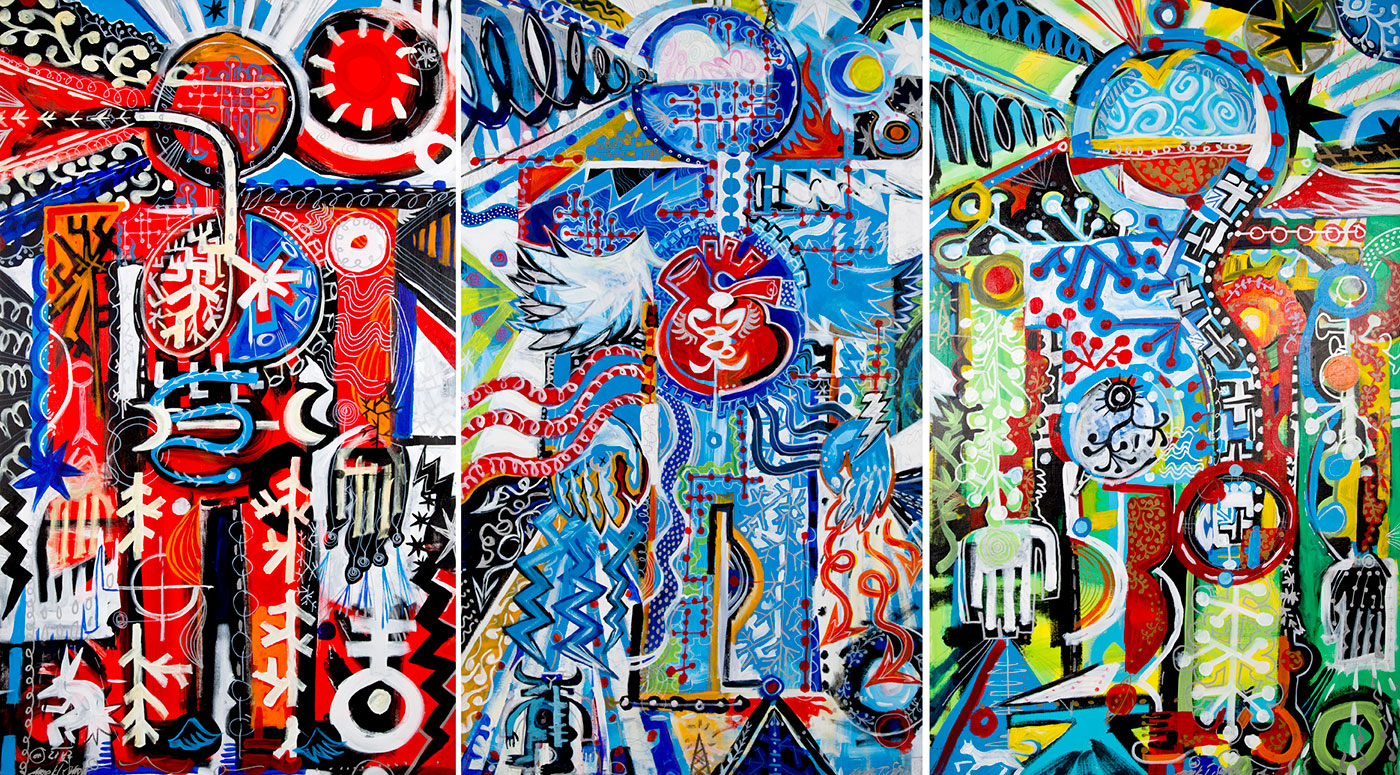 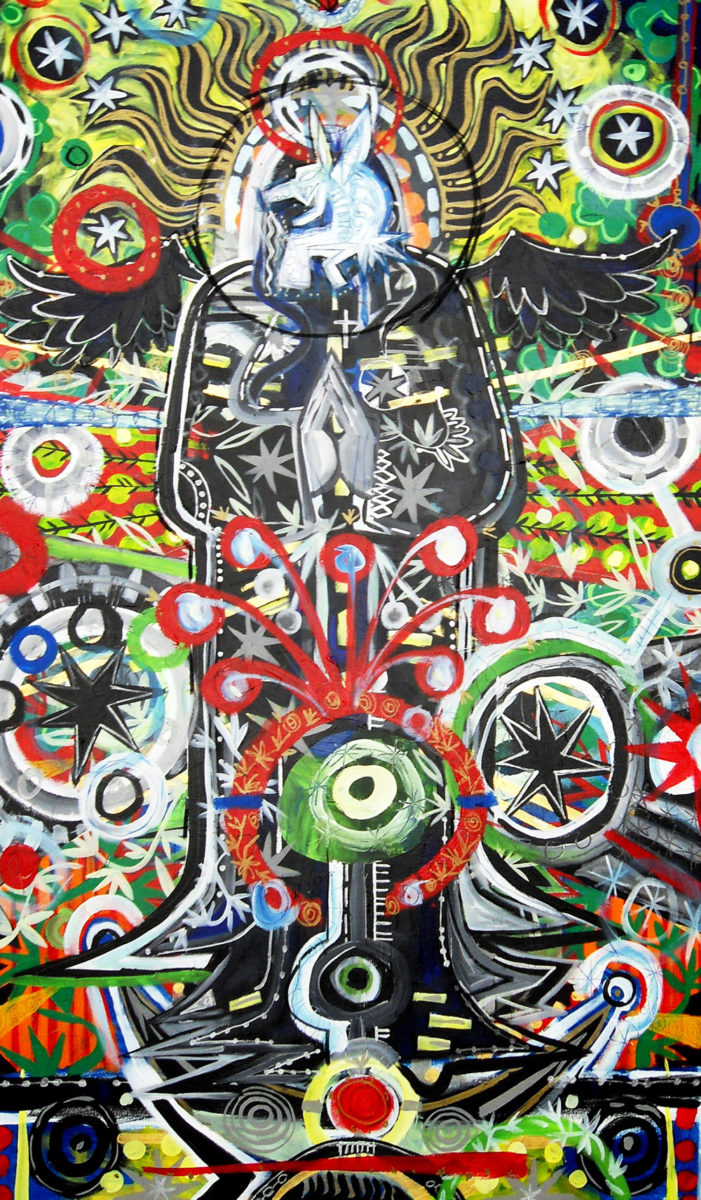 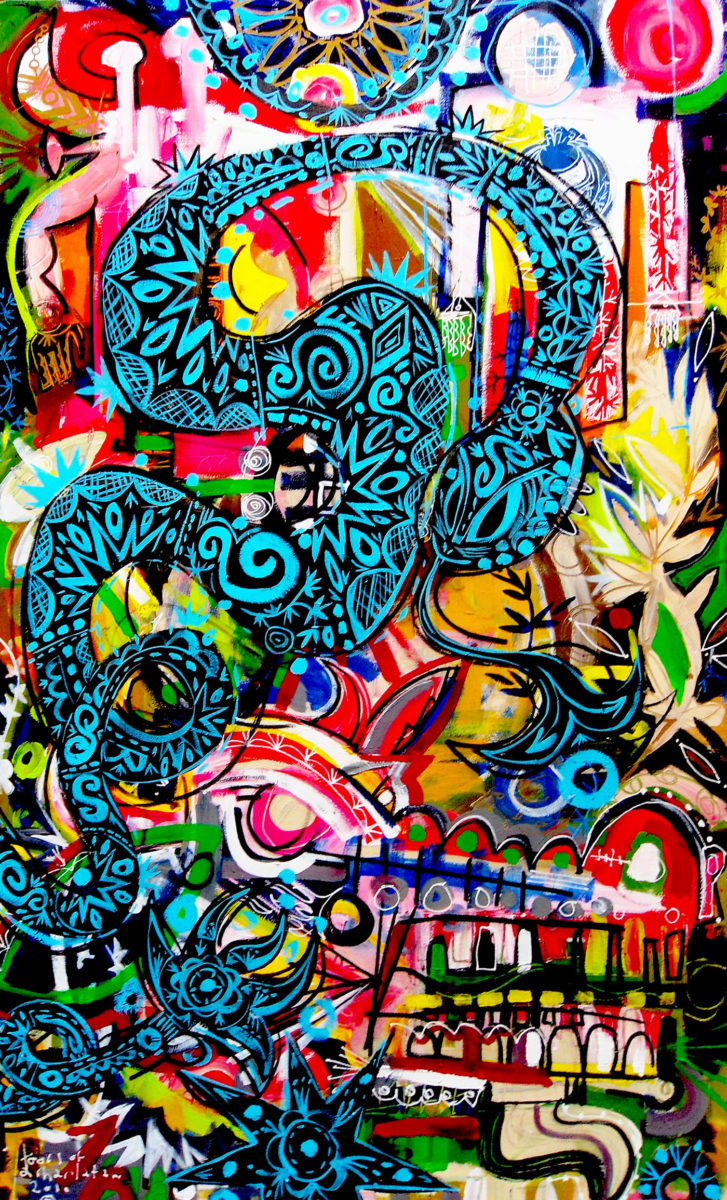 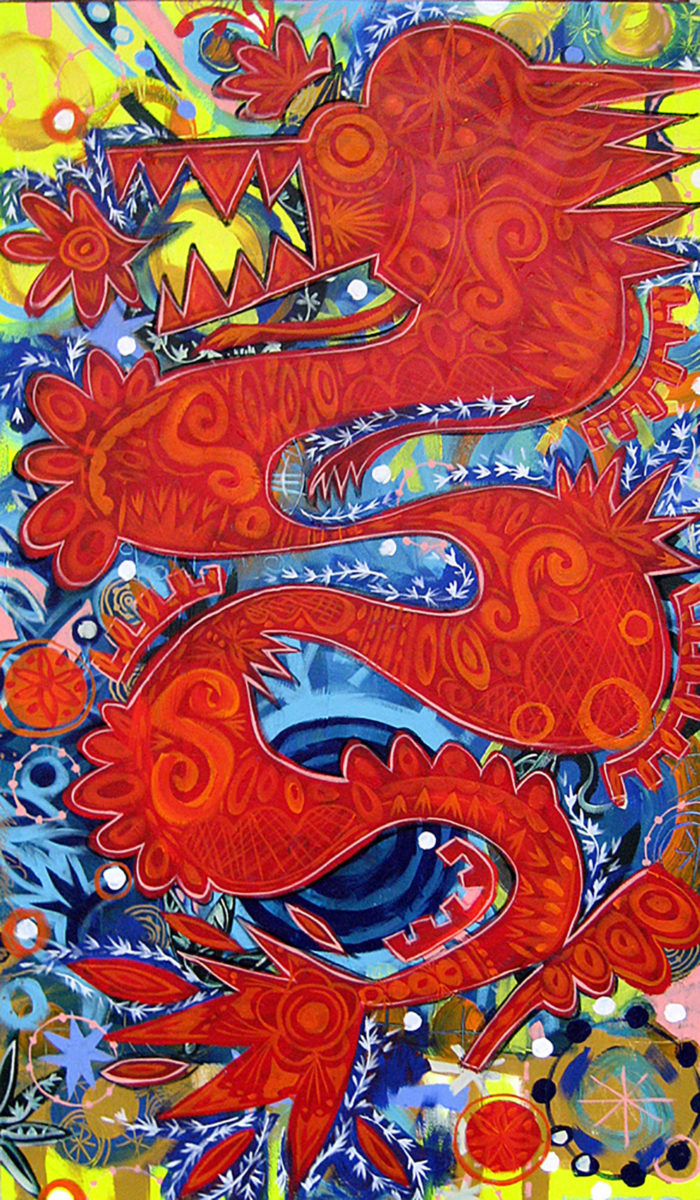 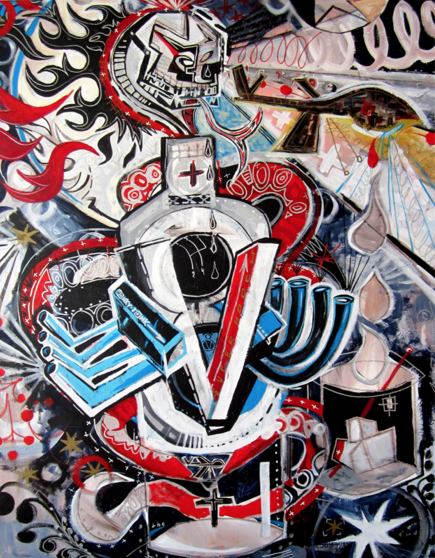 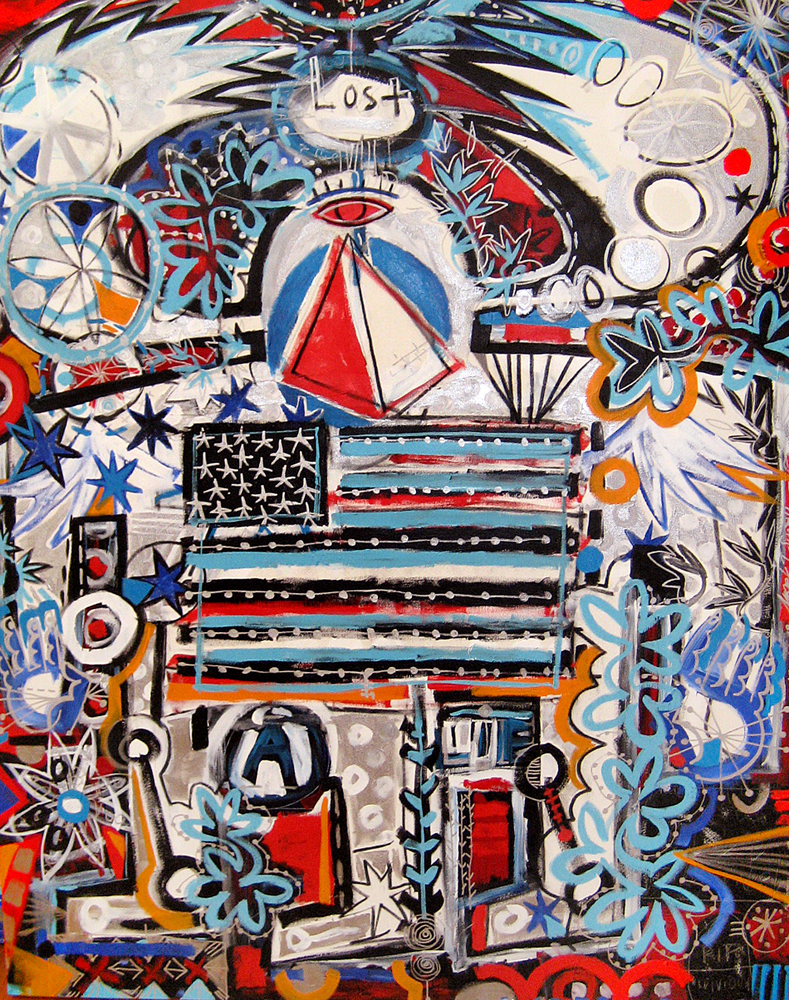 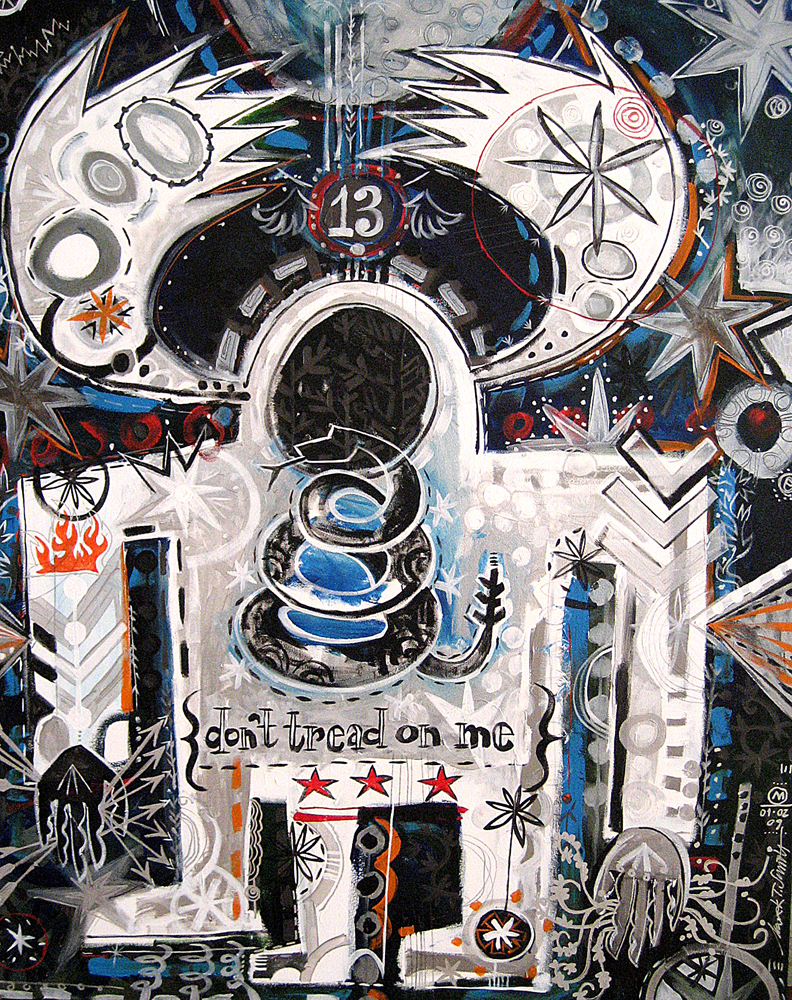 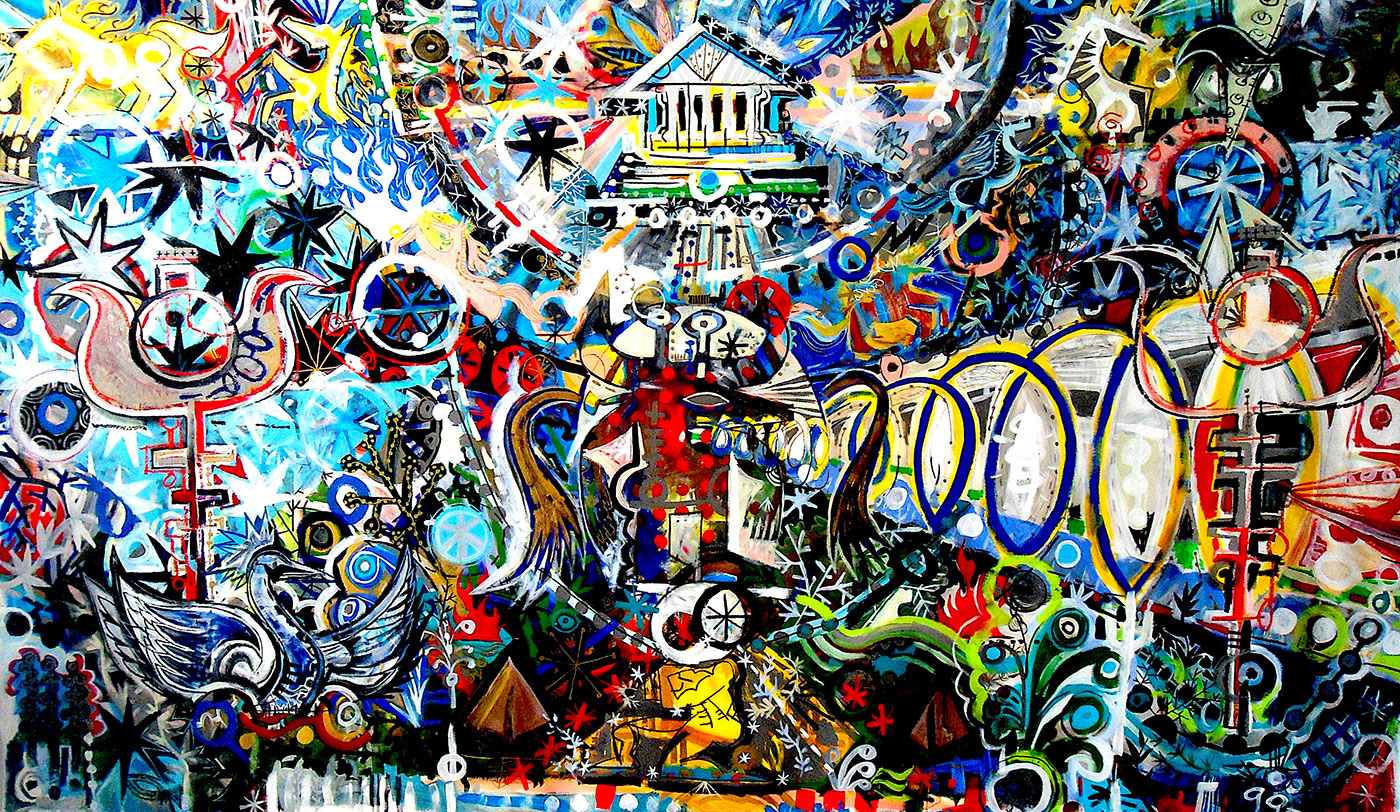 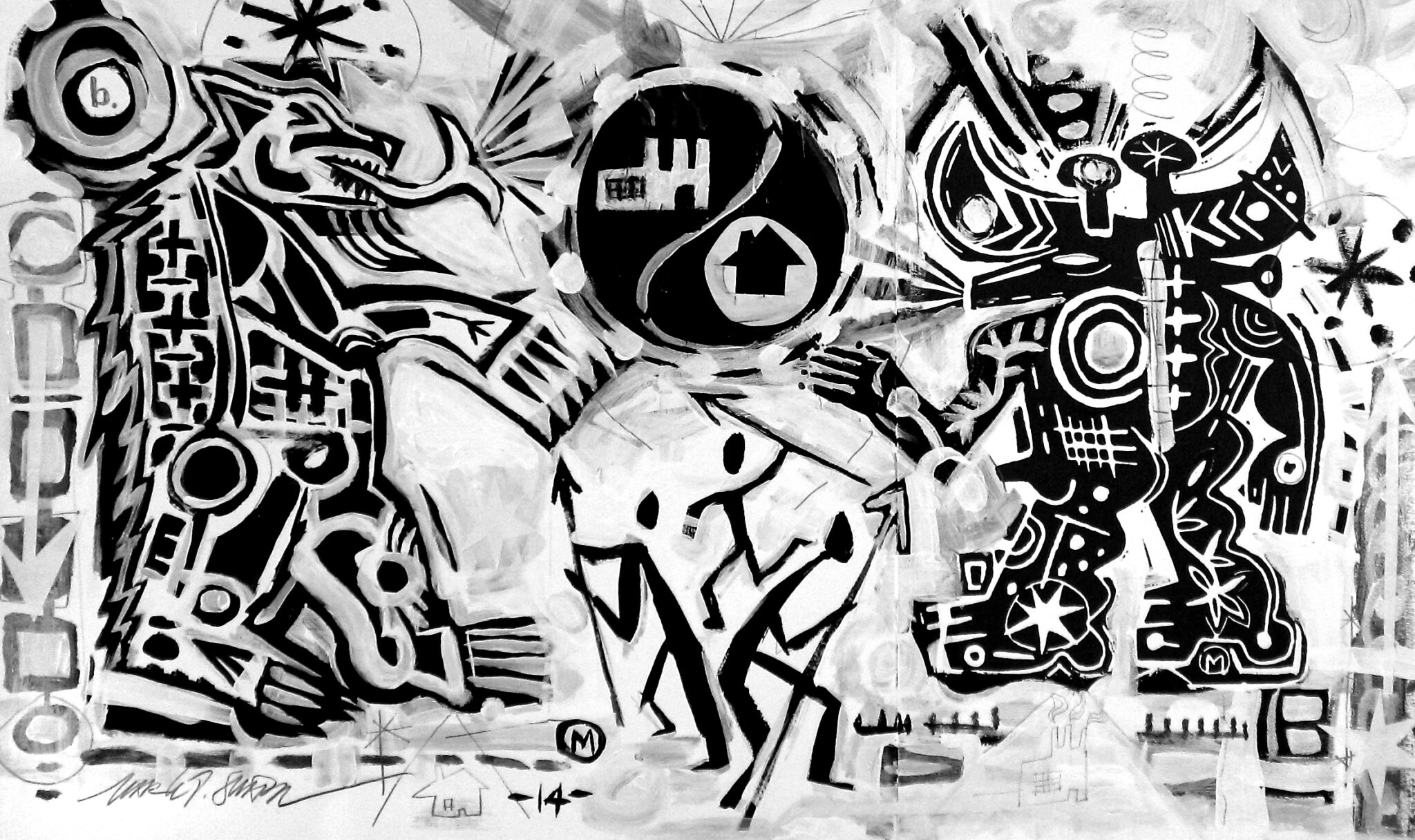 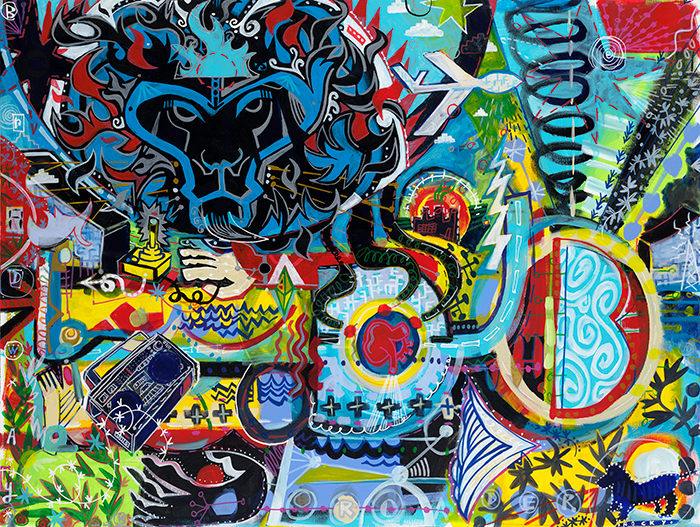 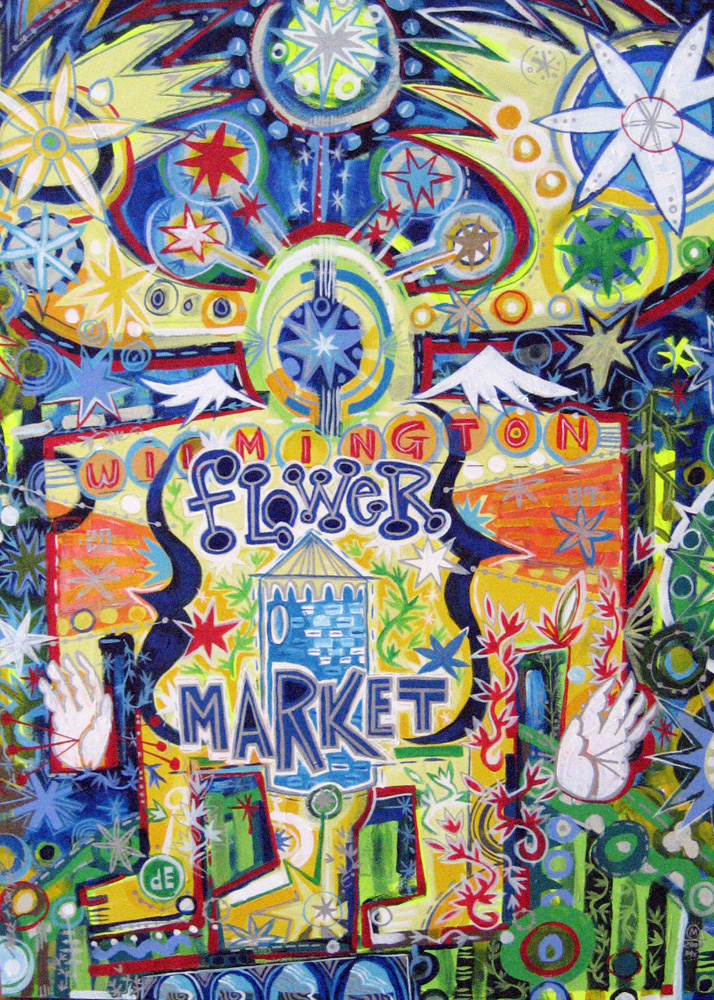 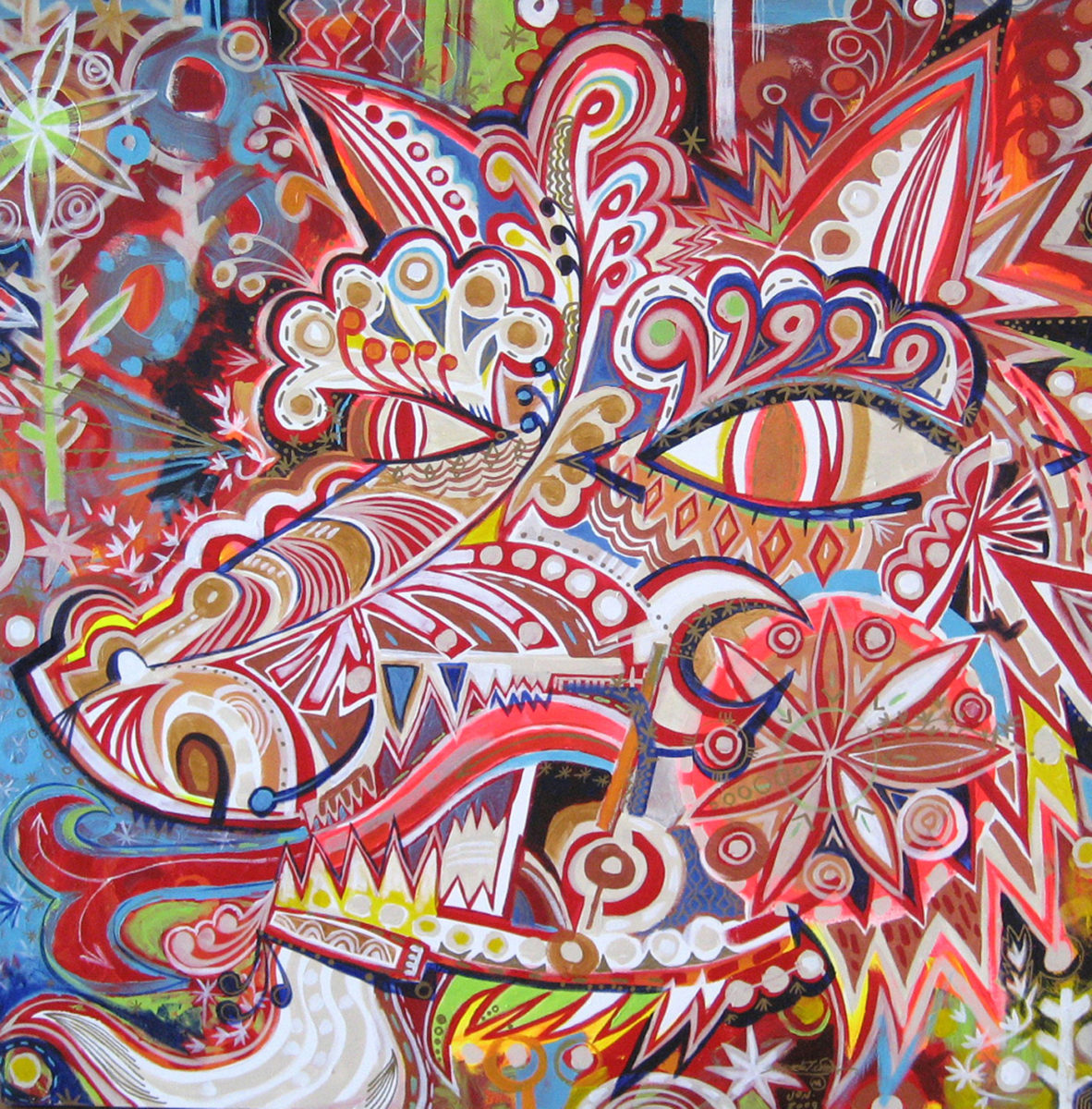 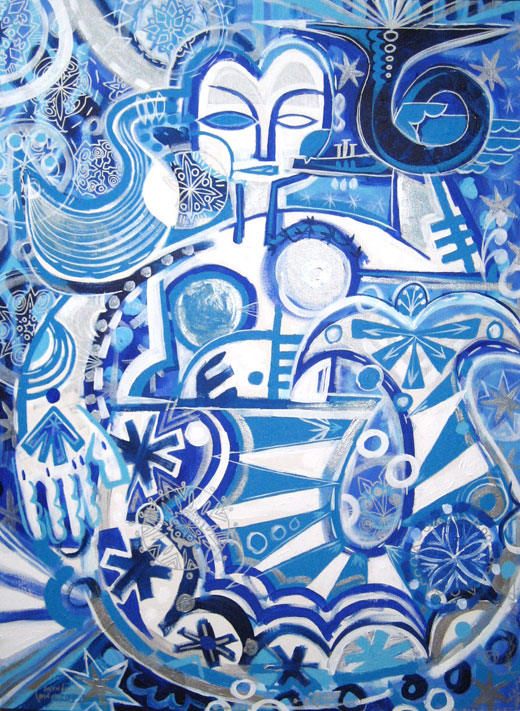 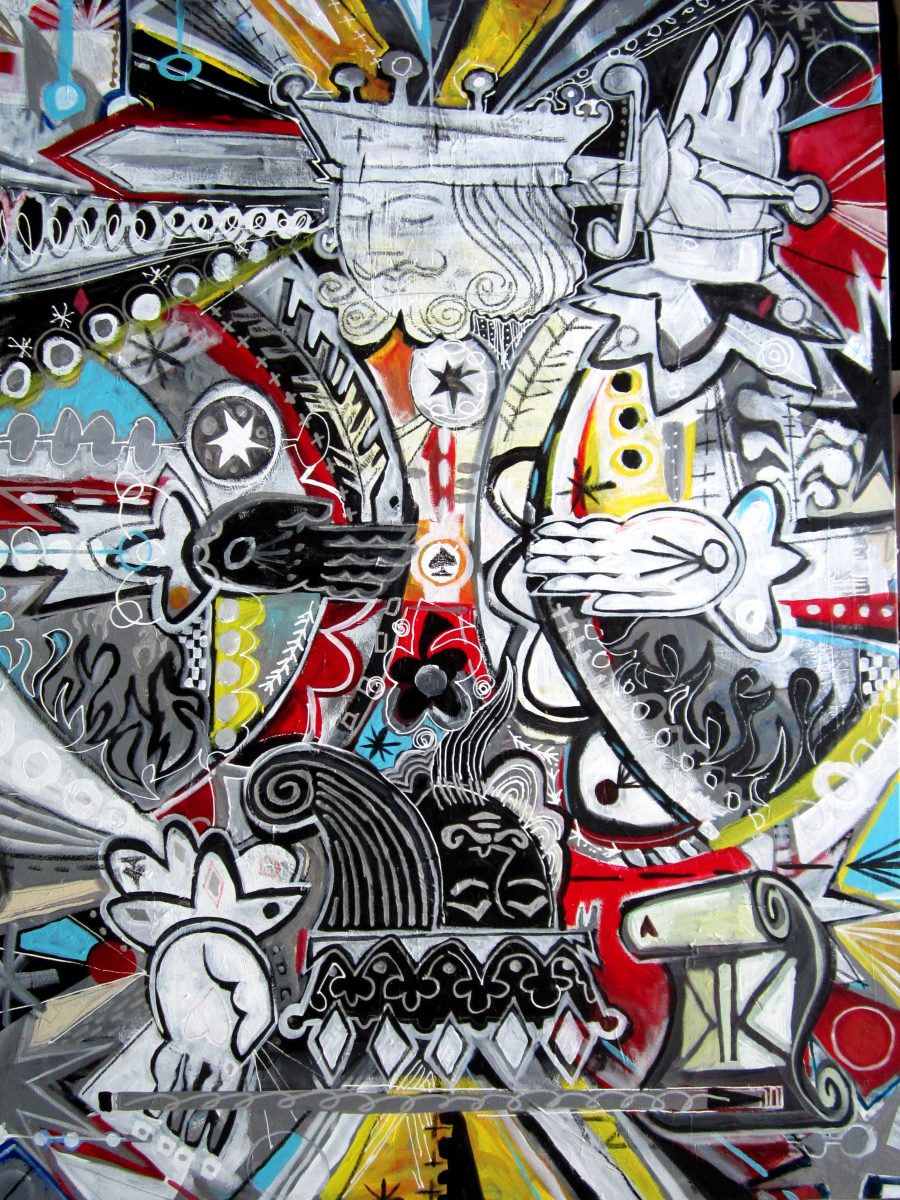 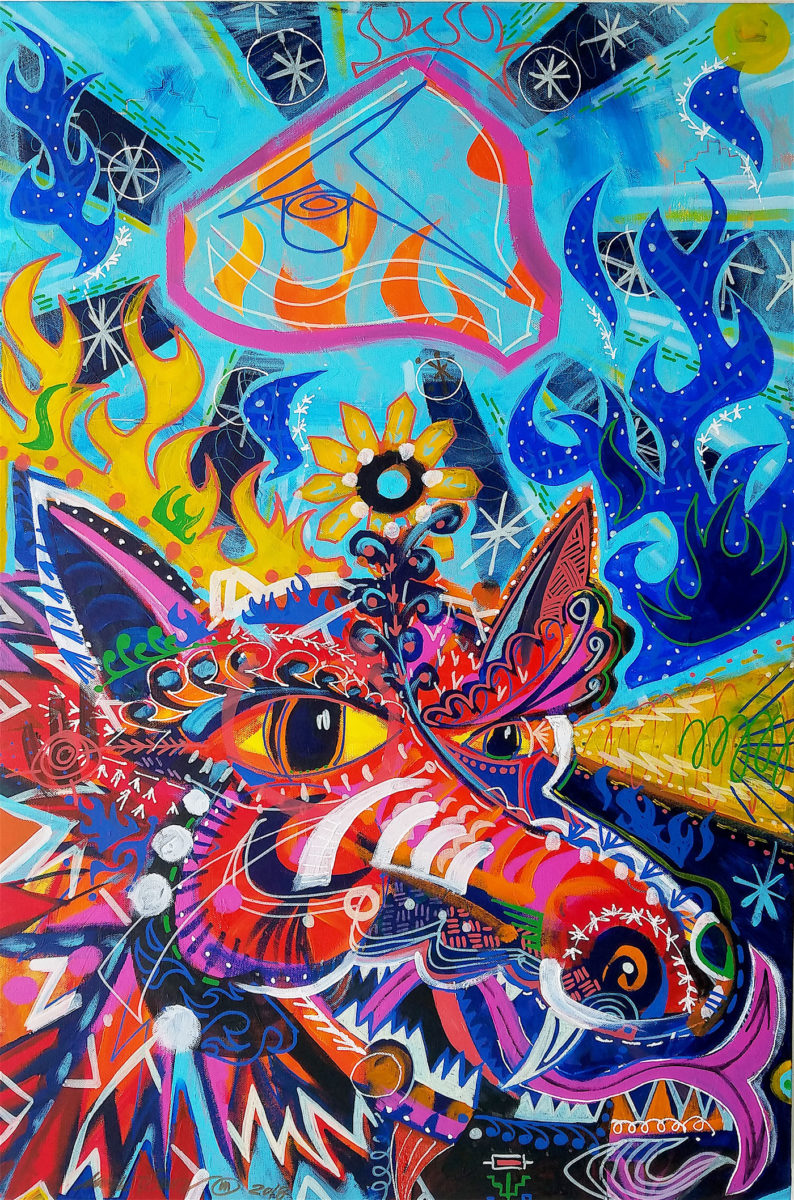 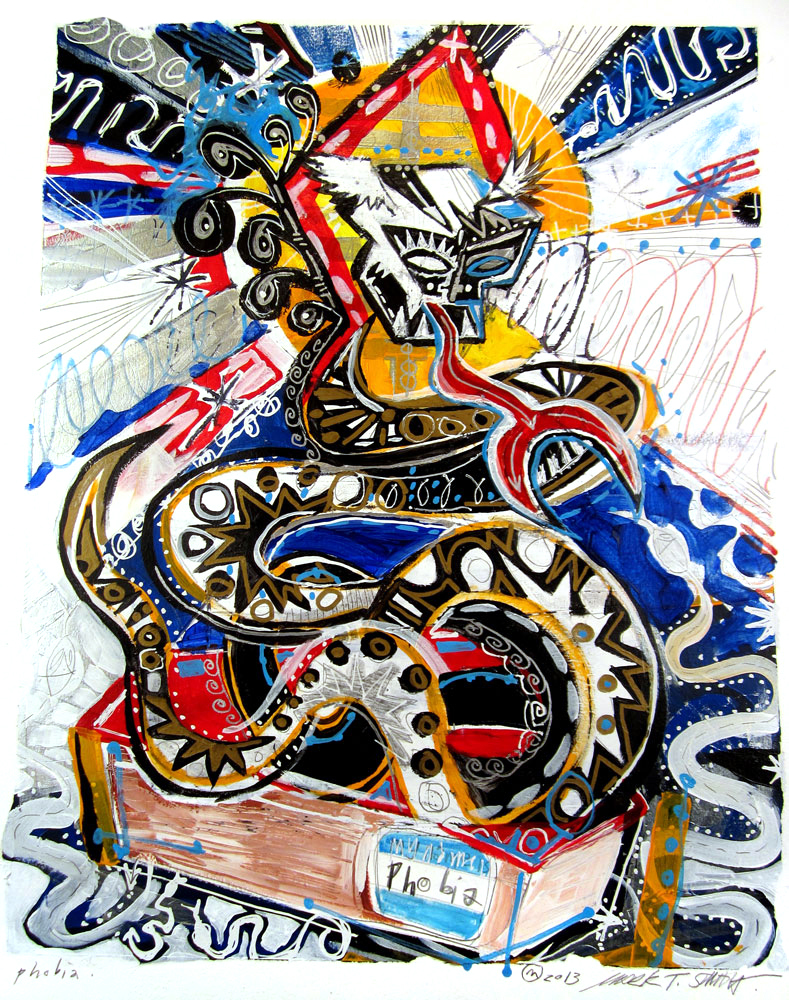 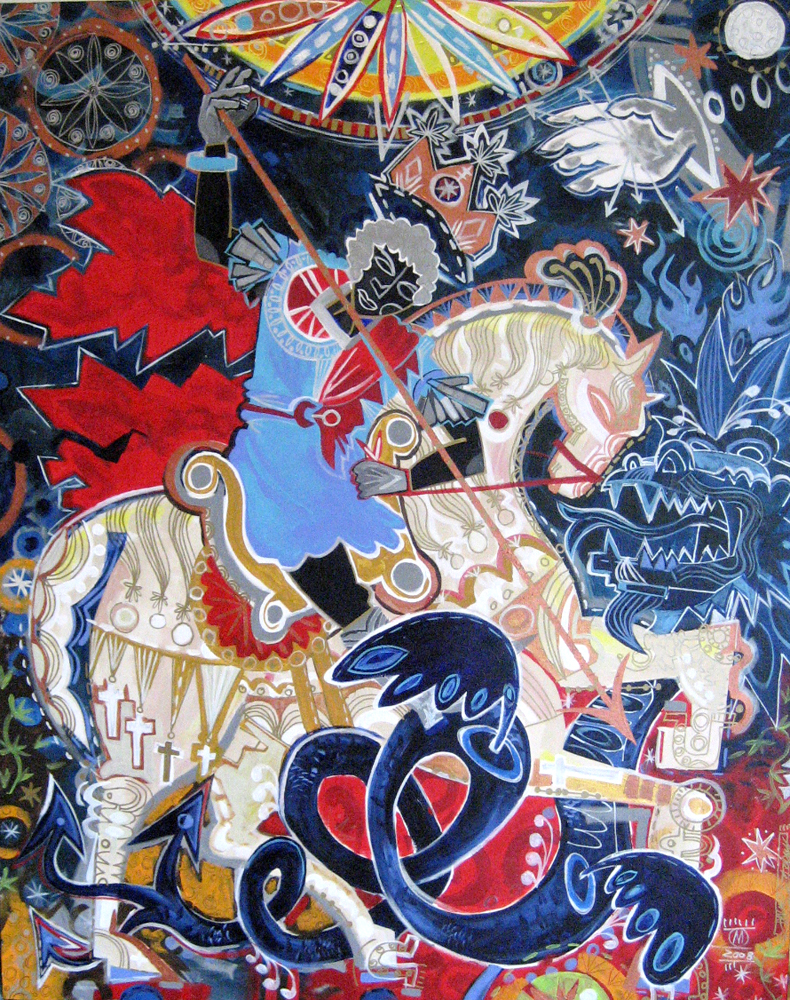 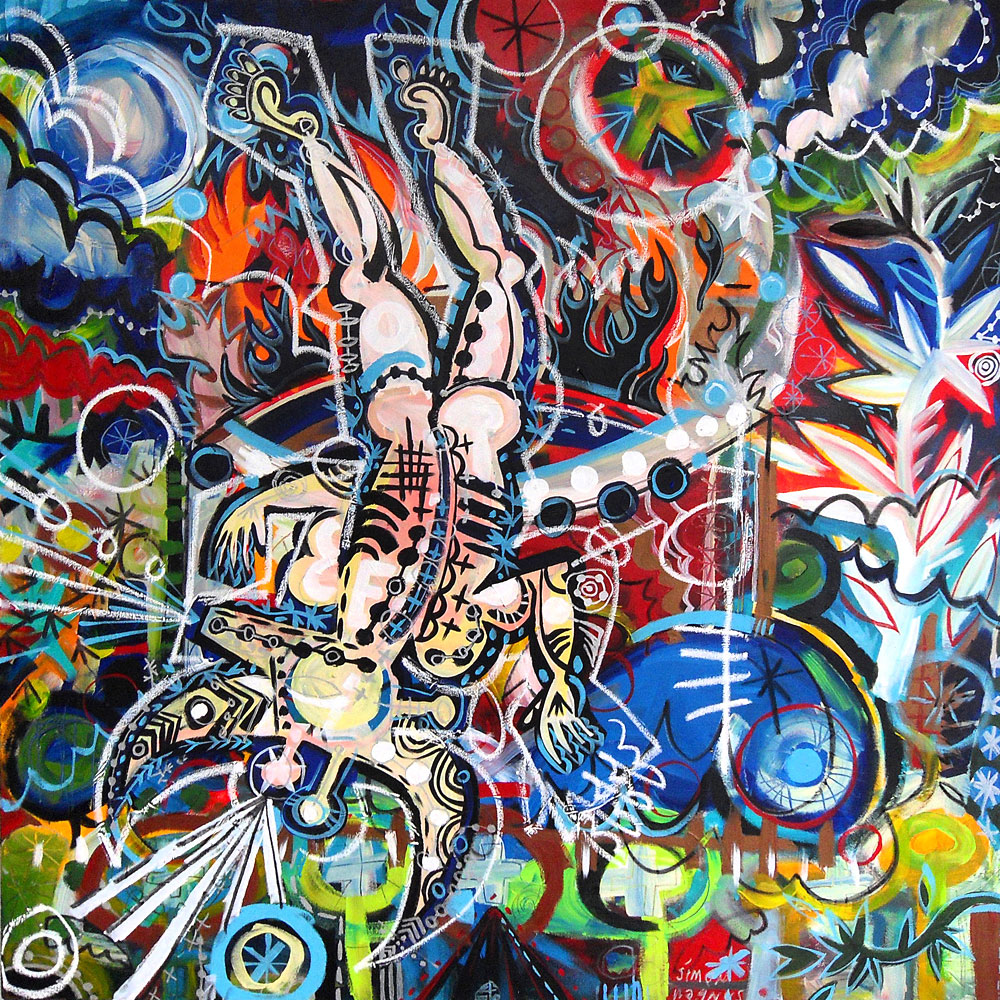 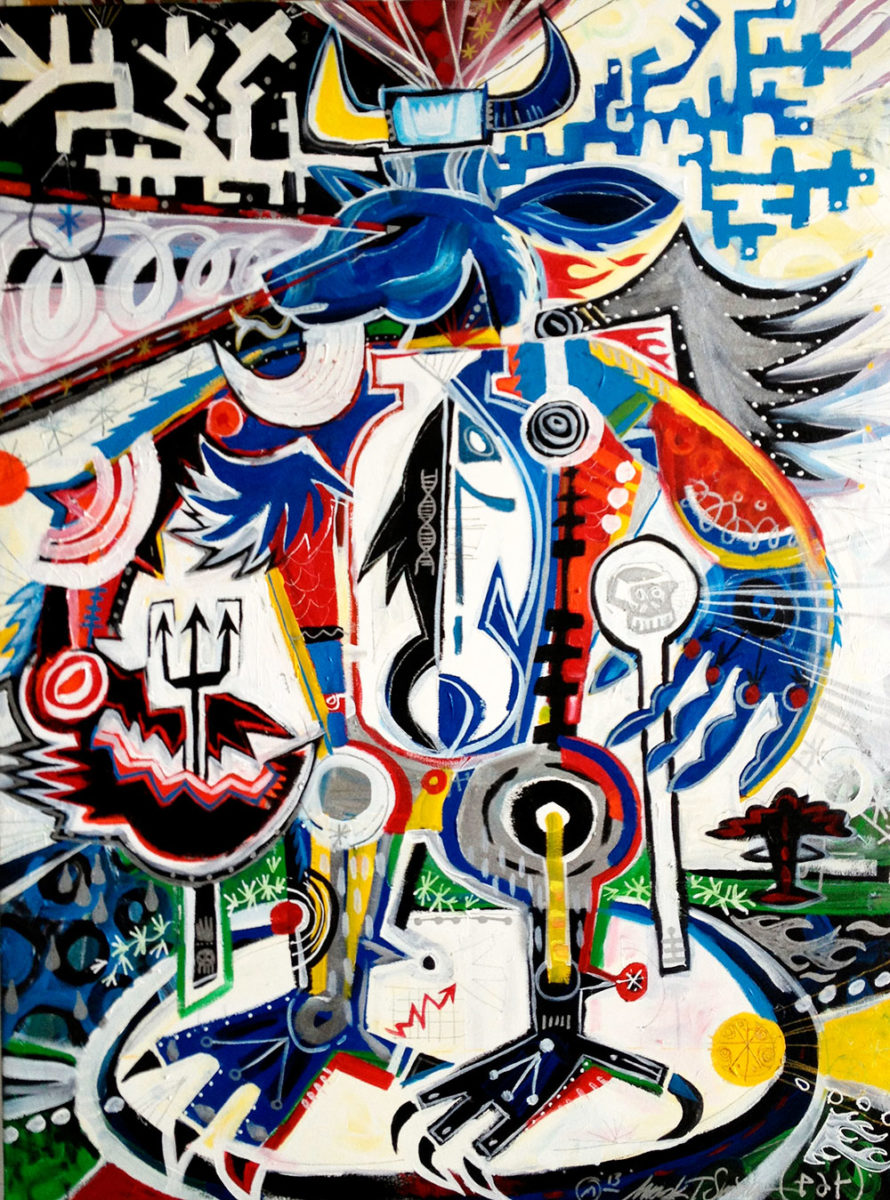 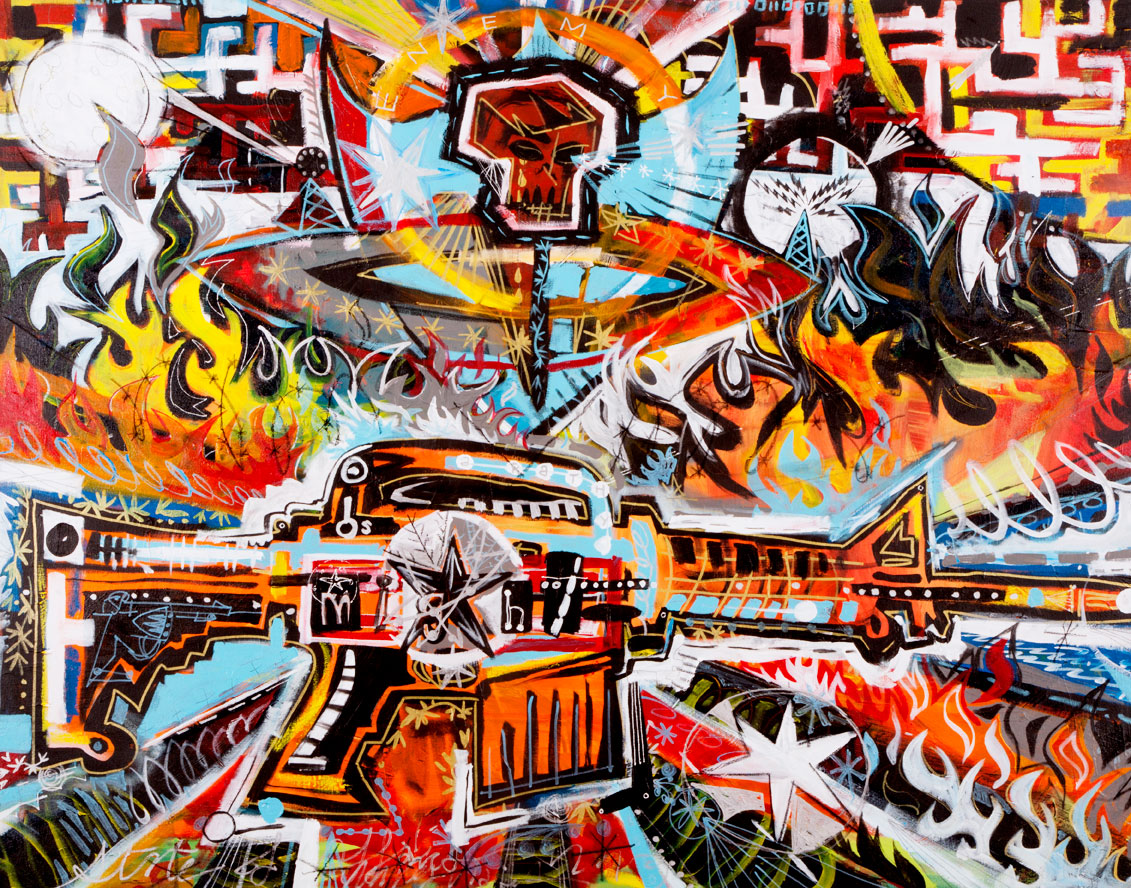 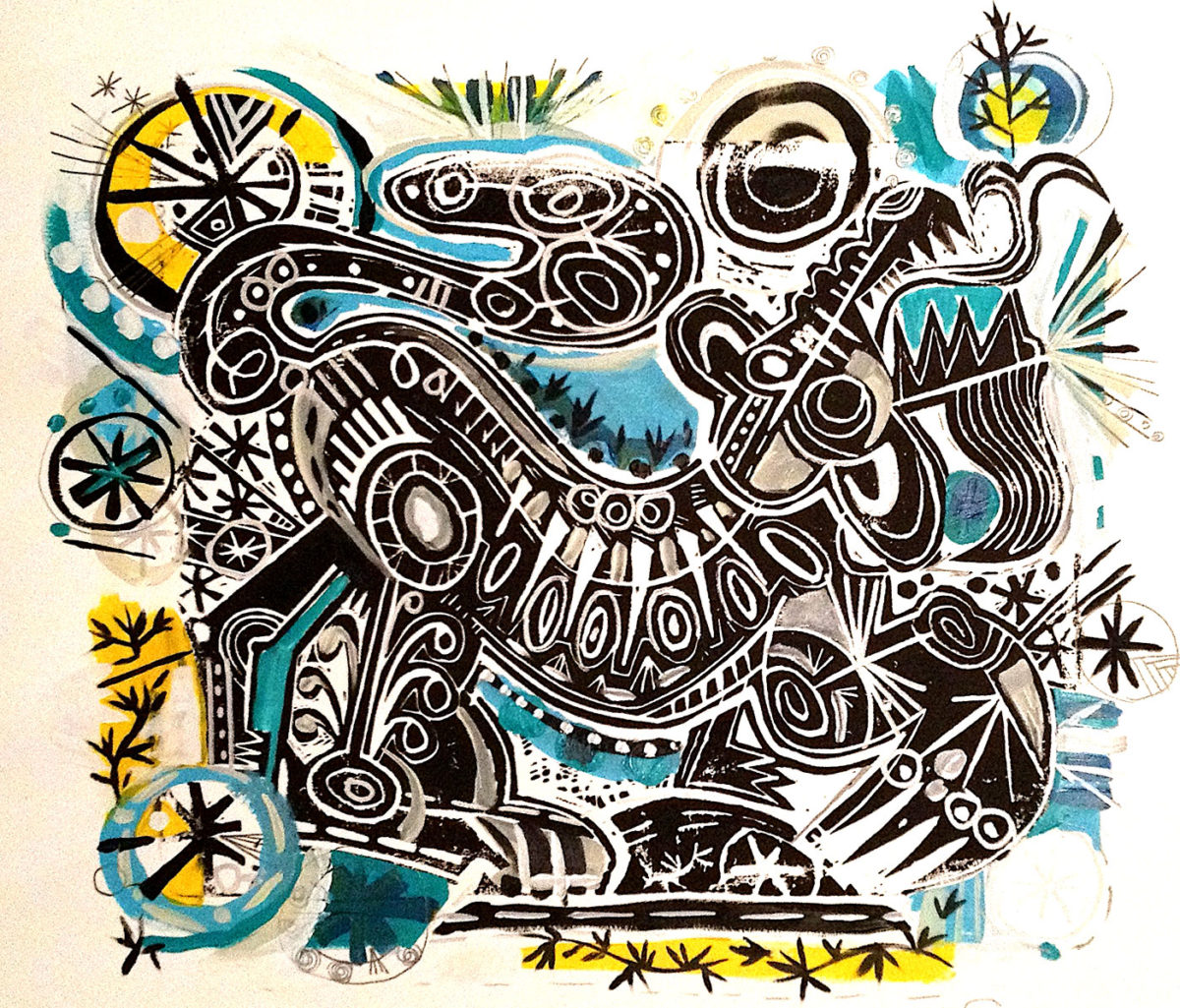 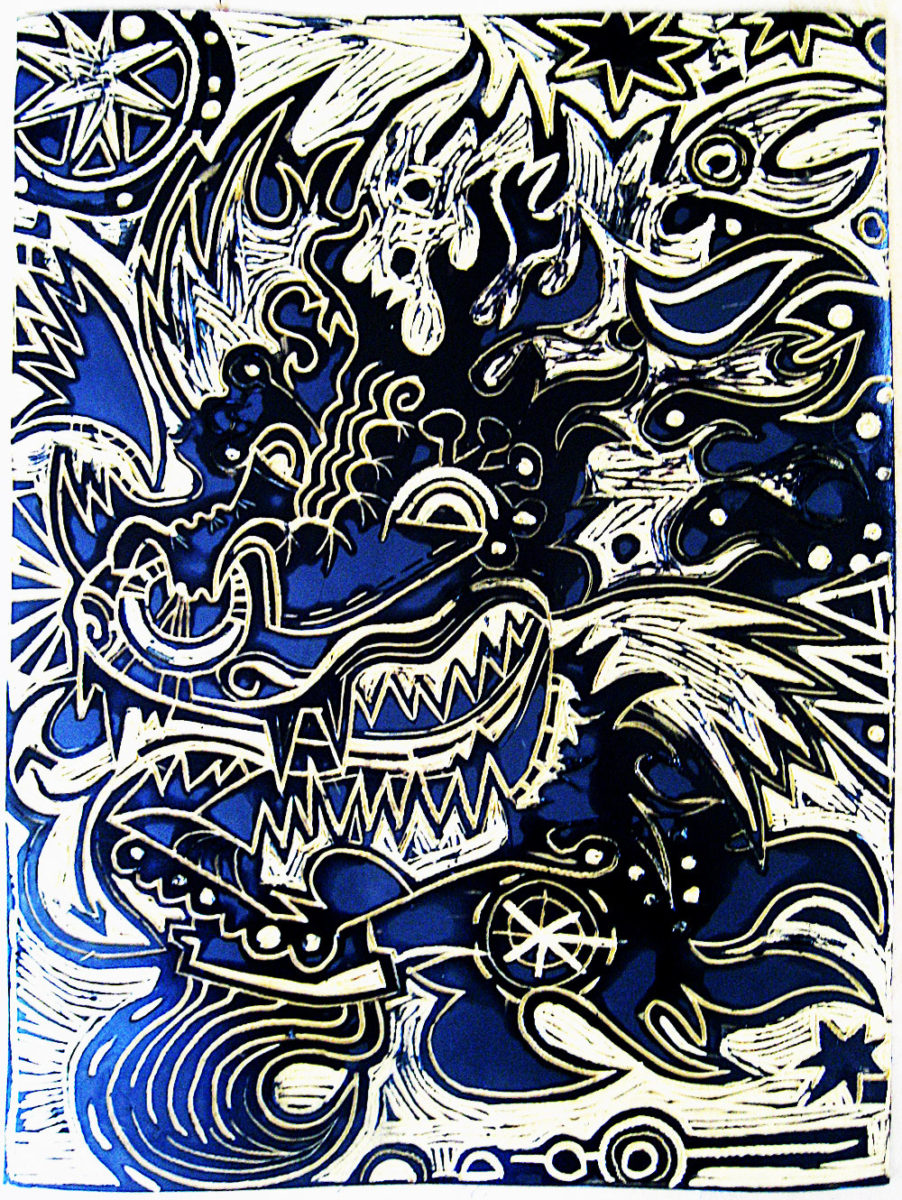 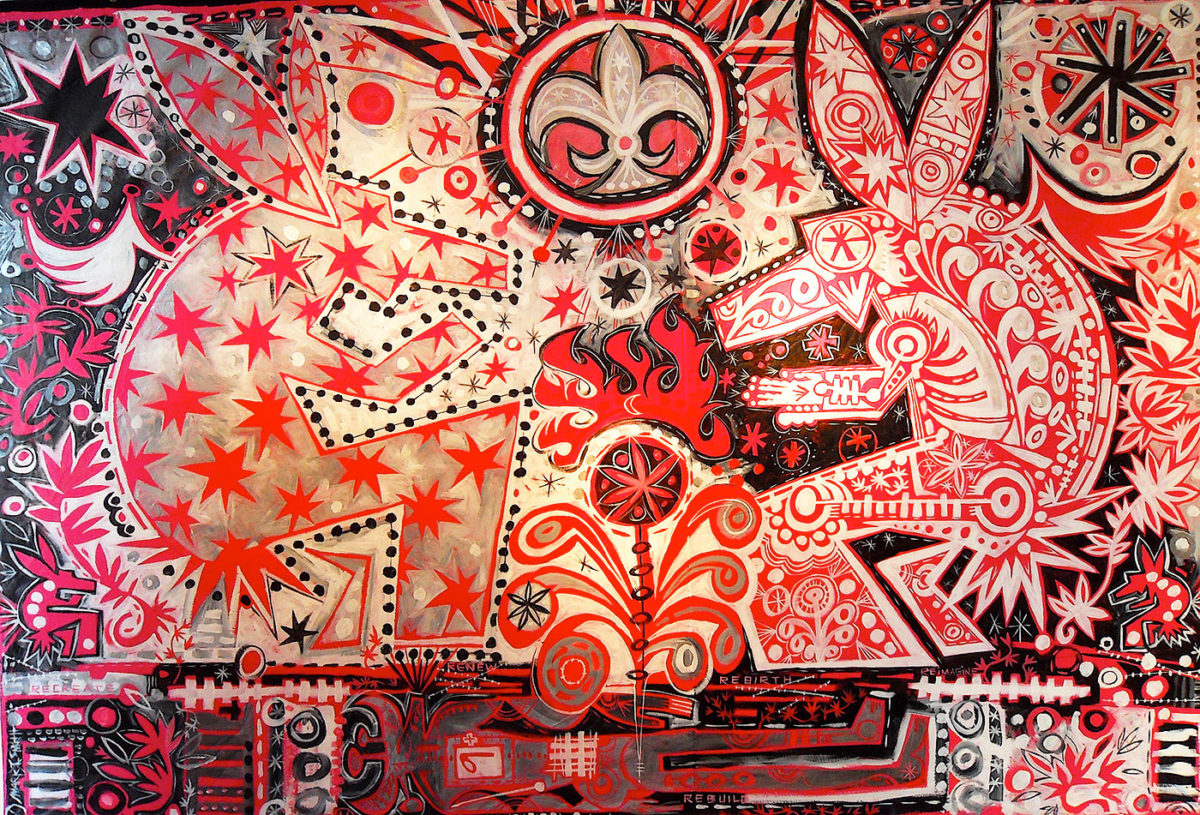 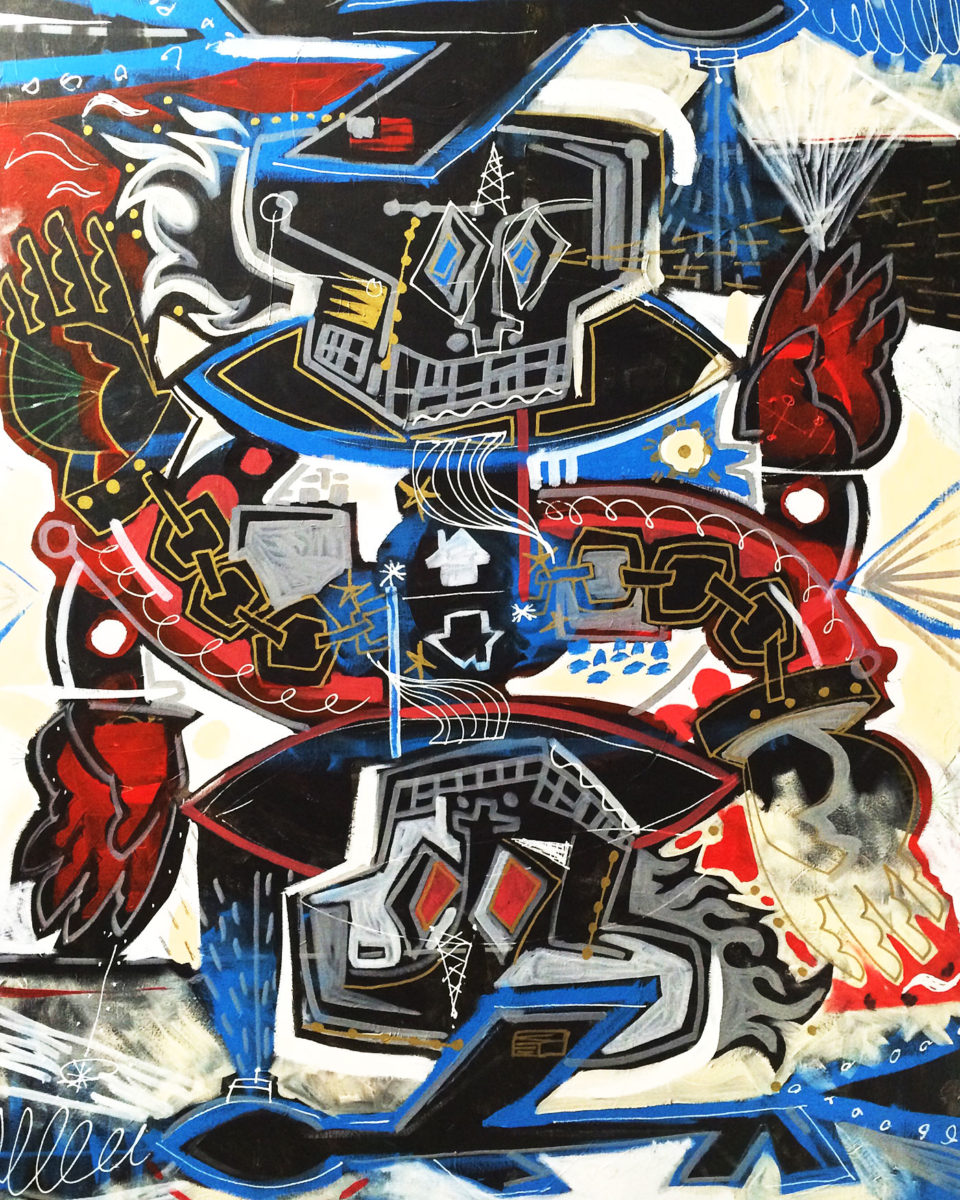 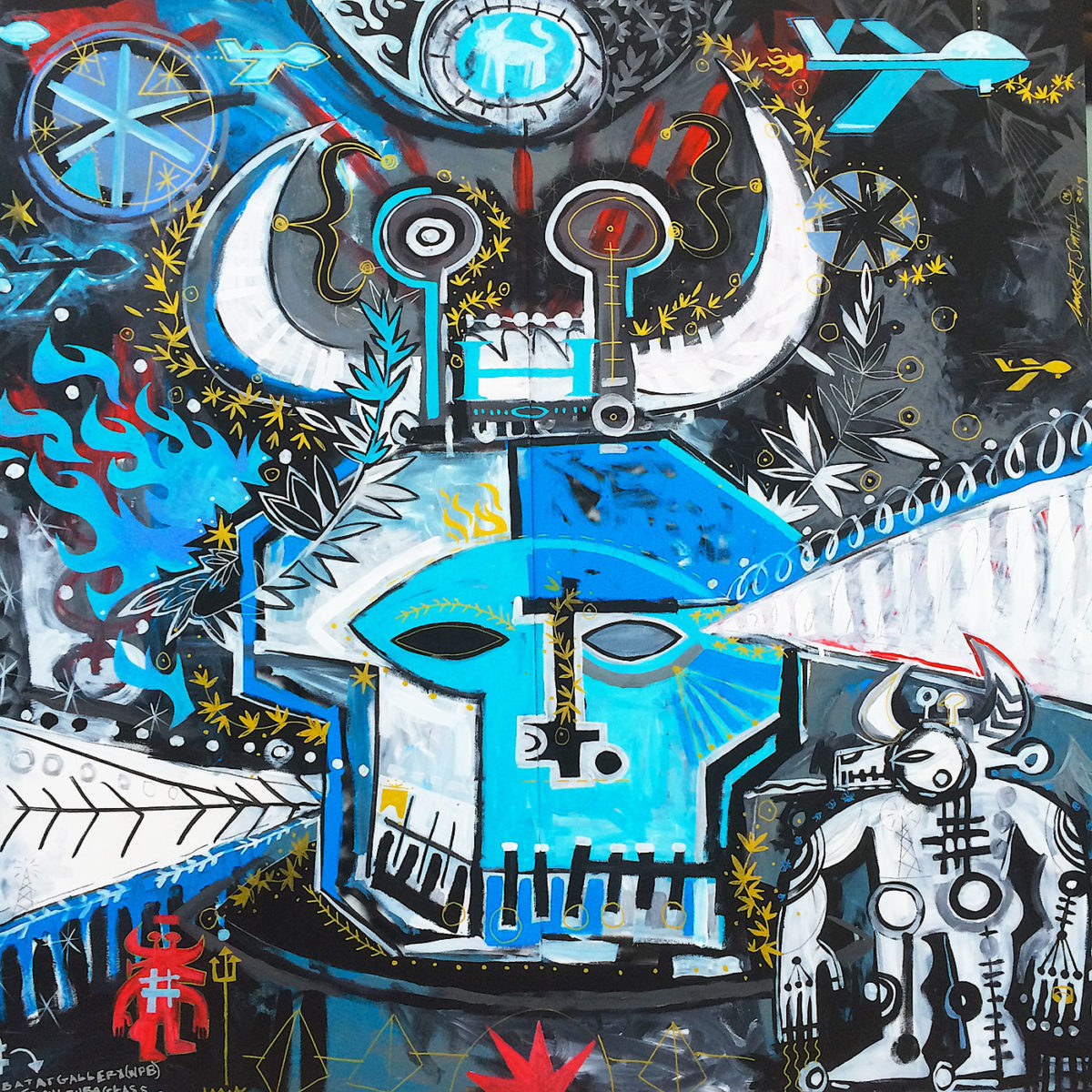 Born in Wilmington, Delaware, Smith moved to New York City in the mid-eighties to study at Pratt Institute – Brooklyn. After matriculating from Pratt he made New York City his home until June 2004 when he relocated to Miami. While living in New York City, Smith made his living as an iconoclastic artist known for his highly recognizable paintings, animations and design work. Corporate patronage helped Smith become an increasingly recognizable figure in the crowded New York City art world, and his patrons included the likes of MTV, Pepsi, New York Knicks, Rolling Stone, Sony, UB40, Chrysler, Walt Disney Co, and many more.

The distinctiveness of Smith’s work culminated in the national Absolut Vodka campaign in 1996, entitled “Absolut Smith”. His artwork is has been displayed in the U.S. and abroad, including all major contemporary art fairs. The works have been seen in major motion pictures and in global campaigns such as the poster design commissioned by the United States Olympic Team for the 2008 Beijing Olympics and his work can be seen in Taco Bell retail locations internationally.

Smith has been involved with the academic community for the majority of his career. He first started teaching at Parsons School of Design in New York City in the early 1990’s and enjoyed an eleven-year tenure in the Illustration department. He also was an instructor at Pratt, his alma mater, in the Communication Design department for two years. Over the years he has taught and lectured at several other institutions including over 5 years at the Miami Ad School, and lectured at many other institutions including; University of the Arts, Vanderbilt, General Assembly, University of Delaware, Cleveland Institute of Art, Altos De Chavon, and SCAD.

When Smith is not working he likes to indulge his interests in vintage motorcycles, senseless adventures, and the outdoors.

Drawing. This is where every idea, project, thought, or expression starts for me. Drawing is the most direct, raw manner to present an idea. It can contain the simplest or most complex ideas. It can take the viewer on a direct or indirect journey; it can be a map to a destination or the destination itself. Drawing for me is as natural as breathing, as joyful and satisfying as sex, as mysterious as love and as transcendent as faith. For each commission’s subject matter that I approach, I always start with a drawing.

The drawing starts in two forms. First I create a ”map” of the concept or content. This becomes a list of what the image will include and how those individual assets will interplay in the larger composition. This map is not normally something that I show to clients, its primary mission in the studio is to focus the research into one location and to make certain that I have satisfied the parameters of the commission. The second part of the drawing stage is the working sketch(s). This drawing is generally a contour line drawing that exhibits the content and composition of the final artwork. This piece is the presentation sketch that clients will be shown for approval. It contains every detail that will appear in the final artwork.

The final execution. Now the artwork leaps to the life. The images, contours and content are intricately part of the artist in a completely intuitive way. The drawings line the studio walls, inspiration and hard work mixed into an intoxicating blend, they guide the artist’s hand, seen but unseen. The product of all this becomes the paintings and sculptures. Now the palettes, forms and concepts grow increasing complex. Now the artwork starts to take a deeper more realized form. Now the ideas are not longer confined to a cocktail napkin or a small piece of paper, now they are large objects that take and hold ground. Now they are a vision realized. Whether the final artwork is a painting, drawing, print or sculpture, the original approved drawing will contain everything that is in the final piece.

In terms of technique, I follow two distinctly different means to a similar end. These two directions always veer apart at the very start of a series. The division falls between the known and the unknown. I either know the final form I seek, in the painting, drawing, print or sculpture, or I do not. The known has a beginning, middle and an end. The known “comes” to me in a complete state. It is a complete thought and the process becomes a vehicle to its reality. The unknown leads my hand to follow an abstract pathway. I start with nothing, a blank slate and begin with a field of abstract colors, application of paint, a mark on the page – it is a “Big bang” approach to creation. This side of the approach is filled with danger, filled with choices at every turn, by happy accidents and complete failures that yield insight. Within each of these pathways there are smaller pathways that lead back and forth between the known and unknown. These bridges between conscious and unconscious become a unifying force for the vast majority of my artwork. In an artwork that has a specific communication as its stated purpose, the unknown is vetted and resolved in the sketch stage, long before the client sees even the first sketch.