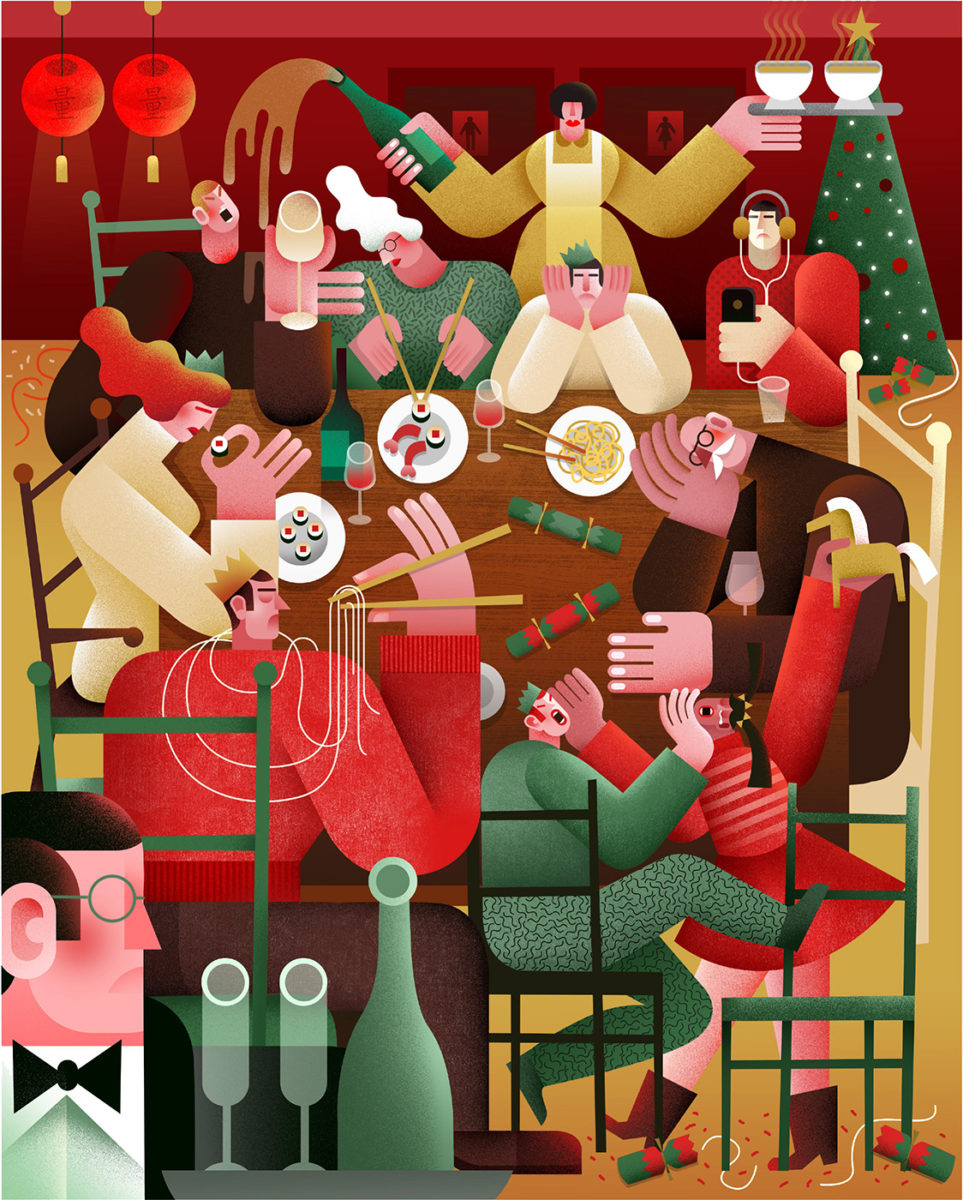 María Corte (Barcelona, Spain, 1983) studied Illustration at the Escola Massana in Barcelona, where she graduated in 2009. That same year, she was awarded the INJUVE prize, granted by the Spanish Government.

Her work is dominated by an interest in the disruption of space through a creative handling of geometric shapes and the breakdown of all classical conventions in the representation of the human body. Her formal search is combined with a singular chromatic sensibility, characterized by the greatest care in the application of singular textures.

Her creations cover a wide range of fields: book covers, posters, press, advertising, animation, children’s and pedagogical illustration and diverse personal projects. She has collaborated with magazines such as BBC Music Magazine, The Deal, Connecticut Magazine, Apartamento Magazine, Psychologies, Le Cool, Orsai and so many others.

She has created covers and illustrations for several newspapers from different countries such as The New York Times, Corriere della Sera, La Vanguardia, Diari Ara or Diari de Tarragona. She has also worked in the publishing industry for Grupo Planeta, Ediciones del Serbal and Orsai Ediciones. In the field of children’s illustration, it is especially noteworthy the project she carried out for Minimusica, a series of modern musical pieces aimed at children produced by the record company Sones. Her work has been requested in Spain by entities such as the Spanish Ministry of Education and Culture, the Generalitat of Catalonia, the City Council of Barcelona and the University of Barcelona.

Once I get the assignment with the requirements and ideas of the client, I start sketching on a small scale, focusing on finding the main idea which will uphold the illustration. Once the concept is clearly defined, I start developing the drawing in a more elaborate way, bearing always in mind the distribution and the balance among the elements featured on it.
?Using the tracing table as an essential tool, I start redrawing, defining the lines and volumes of the illustration. Then I go straight into shading in and hand coloring the sketches with color pencils, taking into account different chromatic and compositive possibilites.

I usually build on the latter stages of my work using digital techniques. I first draw the outlines that have been previously defined on a sheet of paper in order to lay them later with hand-made textures which enable me to grant a unique value to each assignment.
?I believe that it’s very important to send the sketch to the client before the illustration is well under way, so I can comply with any changes they might consider appropriate and I can get as close as possible to a more satisfying result. Once it’s been approved, I start working on the final art, paying plenty of attention to the neatness and clarity of the drawing. I use the colors in channels following a methodology that highly resembles screen-printing, allowing me an optimum adjustment when it comes to printing. The illustration slowly begins taking shape until the image itself reveals when it’s done.