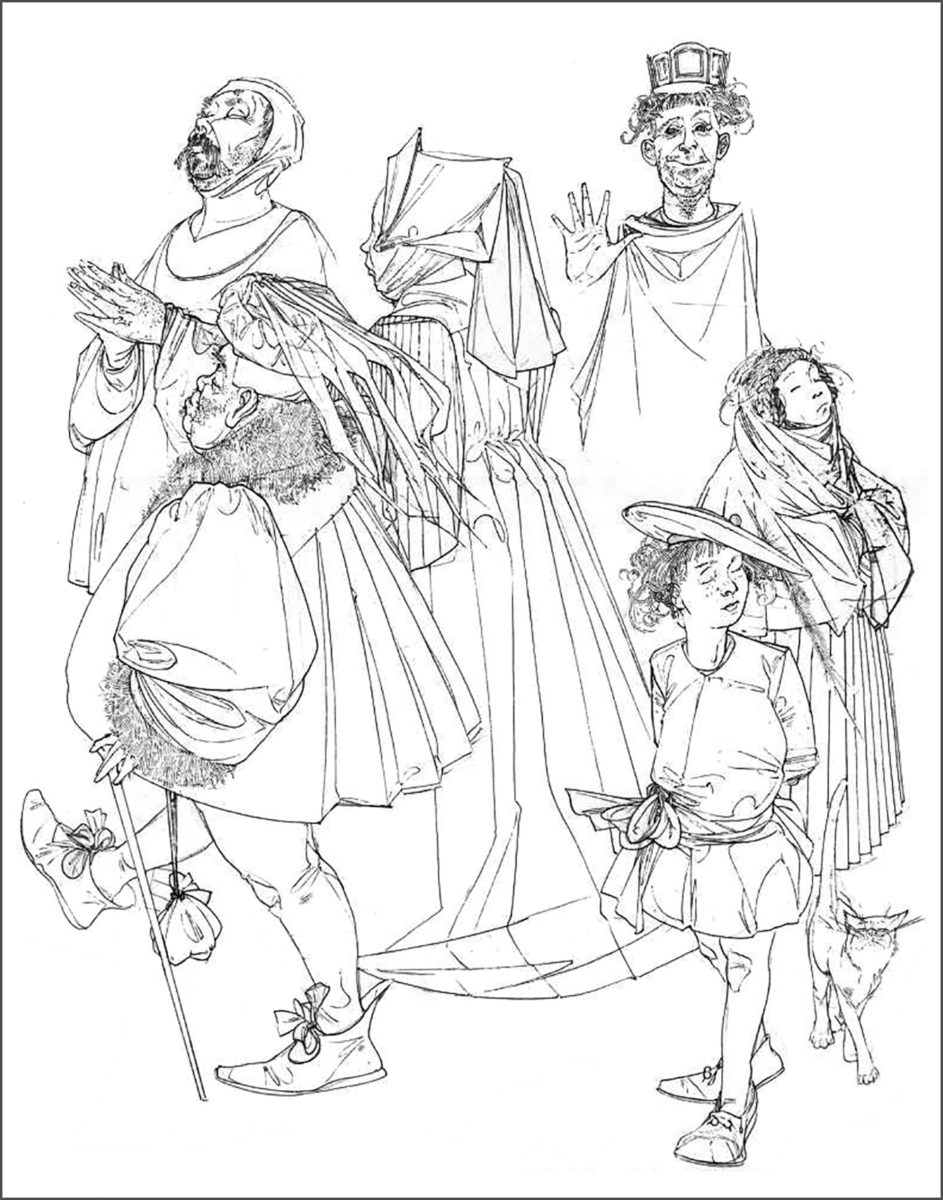 David Johnson has been drawing in line since before he was a high school student in New Canaan, Connecticut. He began selling work as early as 19 and shortly after began his career as a freelance illustrator, producing work for National Lampoon, and CBS Records. Later, David began illustrating for the New York Times Book Review, receiving valuable guidance from Art Director Steven Heller, who in 1991 wrote of Johnson in Graphic Wit: The Art of Humor in Design: “So eloquent was his line and alluring his image that Johnson’s naïf work revealed innate skills and understandings lacking in many veteran illustrators.” David’s client list has grown to include Time, Harvard Business Review, The Atlantic Monthly, Esquire, The Wall Street Journal, National Geographic, Entertainment Weekly, Philadelphia, Cigar Aficionado, The Daily Deal and Scenario, among other publications. In addition to his editorial work, Johnson has illustrated several books for both children and adults, including Abraham Lincoln, which won a Connecticut Book Award, two collections of Sherlock Holmes mysteries, and the recently released Snow Sounds. For Rabbit Ears Productions, he authored and illustrated two storytelling videos, The Bremen Town Musicians, and The Boy Who Drew Cats, a massive project that consisted of 230 illustrations. He also illustrated a video of Hans Christian Andersen’s Thumbelina. All three Rabbit Ears books were later adapted to the children’s book format. David recently won a silver medal from the Society of Illustrators in New York, and a gold in 1999. His work can frequently be seen in their annual juried show and book. He has also been featured in Step-by-Step Graphics, Spots, Graphis, and U&LC magazines. Born in Detroit Michigan, David currently lives and works in Windham, Connecticut, with children’s illustrator Barbara McClintock and their books.

For this job the client wanted something more compelling than the usual head and shoulders portrait. An active group, or ensemble, as it were. I found some nice reference in a book of Degas’ sketches, a picture of Rodin which I could rotate a little bit in my imagination, and used Manet’s most iconic painting, ‘Olympia,’ as a backdrop to give it a proper- or perhaps slightly improper- environment. Lastly, after I was done with the inked line, I added flat areas of black for which I have no formula. I just look for a pleasing balance.